Here you will find tips for your city tour in Rome. You will see Piazza Navona, the Pantheon, the Trevi Fountain and the Spanish Steps on a distance of less than 4 kilometers. Enjoy homemade ice cream along the way and check out the shops in the center of Rome.

At the Pantheon you have to pay attention to the opening times. Otherwise, the proposed routes are good for any time of day. If you want the fountains and places to be all to yourself, you have to be on the way before sunrise. If you want to shop, go later. Many shops in the center open at 10 am and close between 7 and 8 pm.

The proposed route has a length of about 2.2 miles. If you go shopping, there will be some more miles up and down the streets.

Piazza Navona is a good starting point for your tour. If you were in the Vatican in the morning, you probably came to Piazza Navona through Via dei Coronari or Via del Governo Vecchio. From the Colosseum, take bus 87 to Piazza Navona, from Piazza Venezia take bus 64, and from the Pyramid and Testaccio, take bus 30 (on Sunday 130F).

Piazza Navona is originated from an ancient athletic stadium. The square has the shape of the ancient arena. Where the buildings are today, were the grandstands.

At the back of the square, opposite the Hotel Raphael, you can visit the remains of the Domitian Stadium in the museum.

In the center of the square is the famous Fontana dei Quattro Fiumi, built by Gian Lorenzo Bernini until 1651. It represents the Danube, the Nile, the Ganges and the Rio della Plata, a river for each of the four continents known at that time. Opposite is the Church of Sant’Agnese, built by Bernini’s competitor Francesco Borromini. The saying goes that the statues of the Nile and the Rio della Plata look so horrified at the church because they express Bernini’s contempt for Borromini. An ancient obelisk was set up on the well.

You leave the square by the exit at the fountain and then stand in front of the Palace of the Italian Senate, Palazzo Madama. On the left side of the palace is the fast path to the Pantheon, on the right side the more interesting path.

in which the barists mix together a creamy sweetened coffee. Opposite is a very good ice cream parlor Punto Gelato

Continue through Via di Sant’Eustachio, where you can see two columns of Nero’s baths. The restaurant Armando al Pantheon

at the back of the square is an institution of Roman cuisine.

See the itinerary on Google maps>

Continue to the Pantheon. The opening hours are 9 am-7:30pm, Sundays to 6pm.

The Pantheon was built in 27 BC. It was reconstructed in the years 120-124 after fires. In the 7th century it was converted to a basilica named Santa Maria ad Martyres.

The dome has a larger diameter than of St. Peter’s and is particularly impressive due to the opening in the center, through which you can see the sky. In the floor of the Pantheon are drainages through which the rainwater can run off.

There are several variants for the way to the Trevi Fountain:

The aqueduct that brings the water to the Trevi Fountain is over 2000 years old. It captures the water in the Apennine Mountains 16 miles outside of Rome. The water that rushes down the well day and night is pure and fresh drinking water.

The fountain dates from the 18th century, is 164 ft wide and 85 ft high. In the center is the statue of the ocean, framed by two statues depicting fullness and health. The statues remind of the origins of Rome.

If you throw a coin into the well over your shoulder, you will return to Rome.We have tried it and can confirm that it works.

Way to the Spanish Steps

We recommend a short detour past the flagship store of La Rinascente. This new department store in Rome is a kind of mini Harrod’s or mini La Fayette. The visit is definitely worth it. In the basement you can visit the aqueduct, which brings the water to the Trevi Fountain, on the roof terrace you have a nice view over the city. Our report on La Rinascente>

So take Via della Stamperia on the right side of the fountain and continue up Via del Tritone. Across the street is the entrance to La Rinascente before the next intersection.

The road at the crossroads on the left, Via dei due Macelli, leads you directly to the Spanish Steps.

In 2025, the Spanish Steps are 300 years old. They connect the square where the Spanish Embassy at the Vatican is located with the French church Trinità dei Monti.

Our tour ends here. Perhaps you would like to take a look at the shops or climb the Spanish Steps and visit some viewpoints and the Villa Borghese.

Opposite the Spanish steps begins the Via dei Condotti, where the luxury brands present themselves. Here is the noble center of shopping in Rome. The parallel streets, the Via del Corso and the whole area is full of shops of all brands and in all price ranges. Here you will find almost everything that Rome has to offer.

If you decide to climb up the stairs, you can follow the road up to the left and come to a series of spectacular vantage points over the city of Rome. At the end of the street is the Pincio. On the terrace of the Pincio you have a magnificent view over the Piazza del Popolo to the Vatican. Here you have the option to turn right into Villa Borghese or to the left to Piazza del Popolo and Via del Corso.

Next to the Piazza del Popolo, in Piazzale Flaminio, is the station of the Metro A Flaminio, the terminus of the tram 2 and the bus stop of various bus lines. Bus number 160 will take you to Piazza Venezia.

Rome in the afternoon

Here are some other suggestions on what to do in an afternoon in Rome.

Rome in the morning

Here are some suggestions that are good for the morning in Rome. 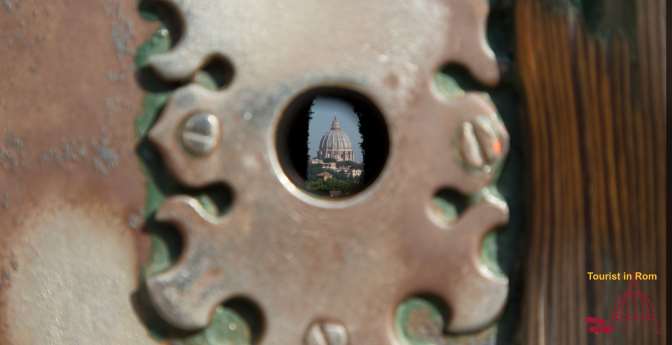