Surely you’ve heard of the Appia Antica, the queen of the streets, the Regina Viarum. Via Appia in ancient times was the main connection from Rome to Brindisi. From there they sailed to Greece. Even today, large parts of the old road are preserved.

Via Appia Antica in Rome The most famous section is via Appia Antica in Rome, which can be crossed over a length of 8.7 miles from the start at the gate Porta di San Sebastiano until to the village of Santa Maria delle Mole. It is located in the regional park of the Appia Antica.

How to get to Appia Antica

Why you should visit the Appia Antica

There are numerous graves and burial sites along the road. Three catacombs can be visited, the catacombs of Calixtus, Sebastian and Domitilla. A special highlight are the Jewish catacombs of the Vigna Randanini, which can only be visited with advance booking.

The Via Appia Antica is on Sunday a popular excursion destination and is closed for cars. The catacombs of the holy Calixtus are a good starting point for a walk. From there you reach the church of St. Sebastian and the traffic-calmed part of the street begins a few hundred meters further. Past the Racecourse (Circo) of Massenzio, you can walk for miles of archaeological artifacts, grave markers and monuments, which in other countries you can only admire in museums.

Restaurants on Via Appia Antica

In the area between the catacombs of St. Sebastian and the tomb of Cecilia Metella there are some good restaurants where you can eat very well. Our favorites are the family garden restaurant Giulia e Fratelli

, right next to the tomb of Cecilia Metella and, behind it, the elegant Hostaria Antica Roma

. You can also eat very well at L’Archeologia

right across from Saint Sebastian.

The catacombs on the Appia Antica

There are numerous catacombs in the Appia Antica regional park. Since in Rome the dead had to be buried outside the city and space was tight, the necropolis, the cities of the dead, were dug deep. The catacombs of Calixtus, Domitilla and St. Sebastian can be visited without prior notice.

The dress code in the catacombs

Please keep in mind that the catacombs in Rome are sacred sites and therefore access is allowed only with salonable clothes.

The catacombs of St. Calixtus

These second-century catacombs became the official cemetery of the church at the beginning of the 3rd century, and the administration was transferred to the deacon Calixtus by Pope Zephyrinus.

The catacombs of St. Calixtus are closed on Wednesdays.

The catacombs of Saint Sebastian

The catacombs of Saint Sebastian are closed on Sundays.

The catacombs of Domitilla

They are named after Flavia Domitilla. She was the owner of the land, which was made available to the Christian community in the 1st century AD. Here is the largest Christian catacombs plant in Rome.

The catacombs of Domitilla are closed on Tuesdays.

The Jewish catacombs in the Vigna Randanini

The Vigna Randanini catacombs are the second of a total of six Jewish grave sites in Rome. They were built in several phases between the 2nd and 4th century AD and were accidentally rediscovered in 1859. Due to the good state of preservation and the numerous paintings of various objects from pagan and jewish times as well as the numerous inscriptions, they are unique in the Mediterranean. The Vigna Randanini catacombs are not open to the public and can only be visited by appointment in a guided tour.

The catacombs of Vigna Randanini 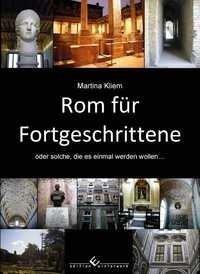 By Martina Kliem, from the book “Rom für Fortgeschrittene”

Let’s come to the fantastic Jewishs catacombs at number 119. Again, it is important to register in good time – preferably already from Germany. The tombs were discovered in 1859 and date back to the 3rd century. Unique in its kind – at 720 square meters at a depth of ten meters niches, burial chambers and frescoes with Jewish symbols and motifs are distributed. And the Kokhim, the sliding graves that characterize the Jewish culture. They originated as early as the second century, and it is even thought that they were the model for all subsequent catacombs.

(From the chapter “Der Regionalpark der Via Appia Antica”)

Characteristic landscape and archaeologically important places are summarized in the regional park of the Appia Antica.

The Park Office with bicycle rental is located at the first bus stop of the lines 118 and 218 on the via Appia Antica (at the first entrance to the Catacombs of the Calixtus).

In guided bike tours or with the Segway you can get to know this interesting area better.

In the following video you will find some beautiful impressions from the Park:

History of the Via Appia

The Via Appia is one of the consolar roads. It’s also called the Queen of Roads. Construction started 312 BC for the first part to Capua, in year 190 BC it was finished up to Brindisi. From there, travelers, merchants and troops embarked to Greece and to other Mediterranean destinations. Via Appia was sadly famous for the crucifixion of 6,000 adherents of Spartacus between Rome and Capua.

After the fall of the West Roman Empire in the 5th century, the street was no longer systematically maintained, but it could still be used by the crusaders in the Middle Ages.

Brief history of the catacombs in Rome The catacombs go back to a pre-Christian Italic tradition.

While the dead dead cities or cemeteries (necropolis) along the roads outside the city walls were buried in ancient Rome, the underground burial prevailed in the first centuries after Christ. Because land prices were high, was excavated in the depth and’s catacombs have been created, in which not only the dead were buried; Ceremonies were also held and the manufacturer of the sarcophagi had their workshops there.

Space was provided first by individuals for Christians and Jews burials. Soon it was not enough, and then the bones came into catacombs, which gradually developed. They belonged first to burial societies, later they became installations of public law.

The catacombs in Rome were used as cemeteries until the 5th century and served as a place of worship of the martyrs until the end of the 8th century.

With the invasion of the Goths and Langobards in Italy, the bones of the martyrs and saints in the catacombs were no longer safe and were therefore transferred to churches.

The Roman catacombs were subsequently forgotten and only discovered again in the 15th century. This resulted in a very lucrative reliquary, with bones found in the catacombs being sold all over the world. Colosseum tickets have a fixed entrance time. The Colosseum is the most visited museum in… ►►►

Papal Basilica & Catacombs are part of the Seven Churches Pilgrimage. For this little-known tour,… ►►► At the time of Emperor Nero, there was the biggest fire in Rome ever. The… ►►►